Successor to the popular X100 camera, the Fujifilm Finepix X100S is a new compact camera that’s still quite unlike any other available today. Featuring a retro design that bears more than a passing resemblance to the Leica M-series, the X100S is a blend of old and new, bringing together a very traditional control system with some distinctly cutting edge features. At the heart of the X100S is a new 16.3 megapixel APS-C X-Trans CMOS II sensor and the removal of the optical low pass filter, along with the same 23mm fixed focal length F/2 lens and Hybrid Viewfinder as the original X100. This cleverly combines an optical viewfinder and an electronic viewfinder together, with the former similar to those found in rangefinder-type film cameras but overlaid with vital shooting information. Other new features offered by the X100S include an ultra-fast hybrid AF system with built-in Phase Detection pixels, the world’s first “Digital Split Image” feature for precise manual focussing, and a new EXR Processor II for faster response times. The X100S has a number of other features that are indebted to the film past, from the quiet leaf shutter, the ring around the lens for setting the aperture, dials for the shutter speed and exposure compensation, to the range of film simulation effects and the leather-like finish. Costing £1099 / $1299, such attention to detail still doesn’t come cheap, so carry on reading our Fujifilm X100S review to find out if it can justify its price tag. 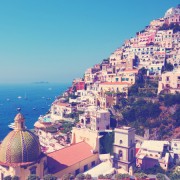